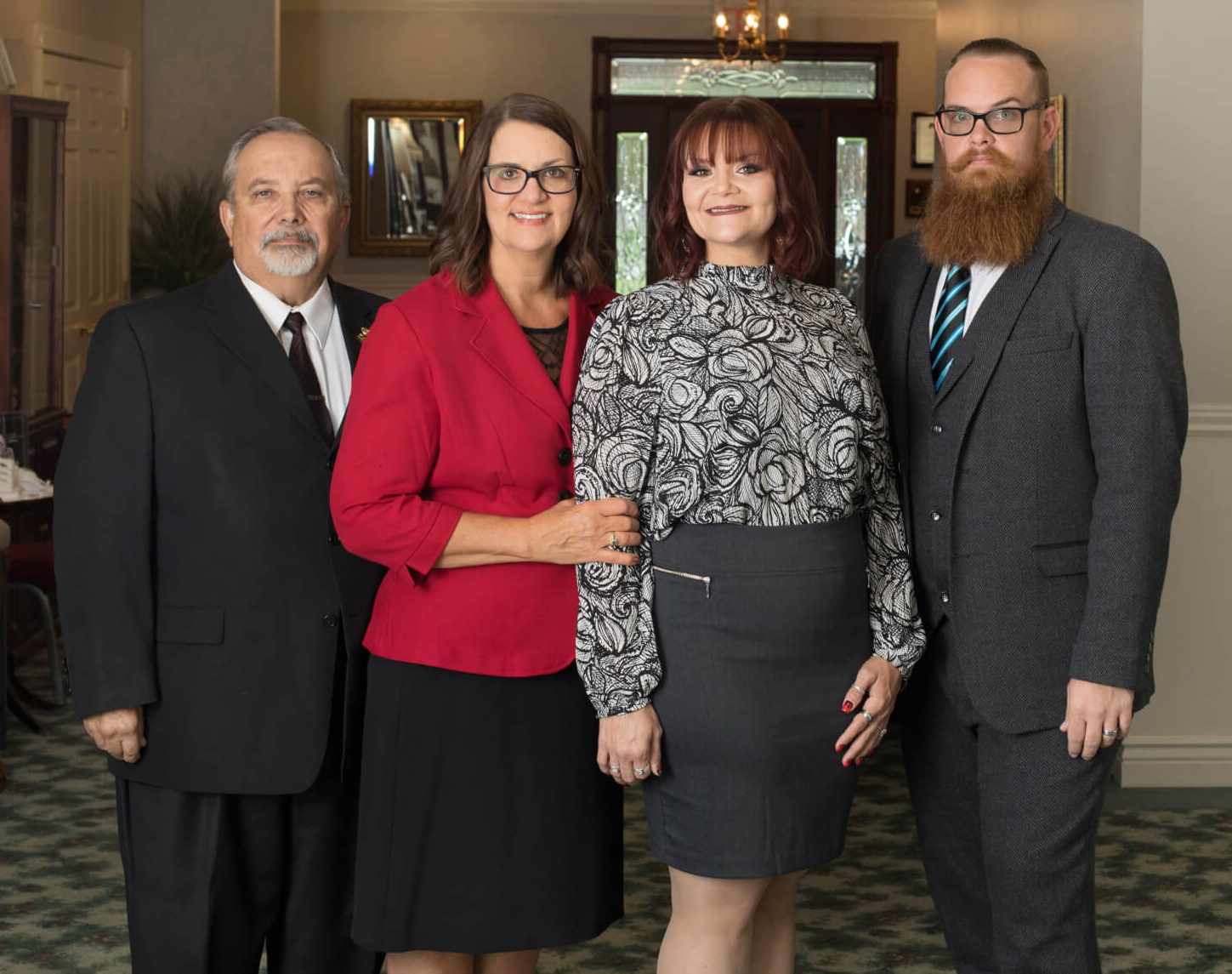 The Stodghill Funeral Home in Fort Branch, IN, was established over 70 years ago but has been operated by the Stodghill family and under the Stodghill name for over 35 years. Robert E. Stodghill, a Funeral Director from Vincennes, Indiana purchased what was then known as the Laib Funeral Home from Joseph Laib on September 1, 1972.

Mr. Stodghill had an excellent knowledge of the funeral industry and how to counsel families during the loss of a loved one, having worked for the Gardner Funeral Home in Vincennes, Indiana for 26 years. Bob, as he was known to his many friends, graduated from Vincennes Lincoln High School in 1946 and was a graduate of the Indiana School of Mortuary Science in Indianapolis, Indiana in 1948. He then married Billie J. Nance , also of Vincennes, and began working for the John Duesterburg Funeral Home in Vincennes. In 1952 he was drafted into the U.S. Army and served in Korea, supervising the morgue in Seoul until his discharge in 1955. After his return to Vincennes, he was hired by Dexter Gardner and Son Funeral Home, which is the oldest funeral establishment west of the Allegheny Mountains, having been established in 1816.

On September 1, 1972 Mr. Stodghill purchased the Laib Funeral Home located at 304 West Locust Street, Fort Branch ,Indiana. He and his wife, Billie, operated the business together until January 20, 1984, when their son, Robert S. Stodghill, came into the business with them, along with his wife Julie (Deer) Stodghill. Scott, as most residents in Fort Branch know him, graduated from Gibson Southern High School in 1976 and graduated from Vincennes University with an Associates Degree in Science and Funeral Service in 1978. Together they provided service with dignity and understanding to the many families in the South Gibson Area until Robert E. Stodghill's untimely death on August 23rd, 1989. At this time Scott took over operations of the business as the second generation. In 1993, Scott and his wife purchased the controlling interest from his mother, who passed away seven years later on August 23rd ,1996. In June of 2012 Andrea Stodghill (Scott and Julies daughter) completed schooling at Vincennes University and passed the Indiana State Board Exam, to come into business with her father and continue the Stodghill family tradition.  In 2019 their Son, Michael joined the staff and will help the family in the tradition of excellence.

On June 4, 2000 Scott and his wife Julie built and opened a new Funeral Home located on Hwy. 168 West in Fort Branch, and in June of 2006, they opened their own Monument Company, Stodghill Monuments, another item that enhances the services the funeral home by providing, and gives their clientele, premium stones at a fair price. By doing this, Scott, Julie, and Andrea and Michael show their commitment to the residents of Gibson County and the surrounding area, that they provide a Professional, Caring, and Compassionate Service, with Quality Merchandise at an economical price.